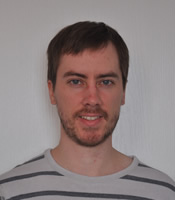 The Alberta foothills have seen extensive land-use change in the past few decades, with forestry being a dominant contributor. Previous research has shown that grizzly bears frequent forestry cutblocks as the removal of canopy allows for light to penetrate to the ground encouraging growth of early seral vegetation that are preferred by bears (Nielsen et al., 2004). Furthermore, open habitats (e.g. meadows/shrubfields) that are more typical of southern interior populations (e.g. Montana) are in short supply in the forest-dominated foothills. As such, there may be benefits in exploring whether cutblocks can act as surrogates or emulate natural forest fires. To address such premises, his PhD has begun to explore whether forestry-based habitat disturbances (i.e., cutblocks) can act as surrogates to natural forest fires in relation to grizzly bear food-resource supply, habitat selection and local population densities.

To begin addressing this question, a field season was conducted this summer in the Yellowhead and Grand Cache bear management areas. Field work involved sampling common grizzly bear foods in approximately 100 belt transects (50 X 2 m) with emphasis on measuring understory fruiting shrubs, forbs and graminoids that are preferred by bears. To ensure proportionality of early, mid and late successional stages, three different age classes/strata (~ 5, 20 and 60 years) were considered among both fire and cutblock treatments. In the coming months, these data will be analyzed to compare total digestible energy among treatments and strata using bioenergetics models and energy budgets that should assist in assessing differences in productivity between fire and cutblock treatments. Further analyses will explore how these models can be extended to estimate habitat-based landscape carrying capacity, habitat selection, and local population densities.

Chris’ PhD research will also explore how grizzly bear recovery can be better integrated within forest harvest planning, as well as using individual-based simulation (IBM) models to examine behavioural to population responses. Specifically, Chris has an interest in assessing how grizzly bear food-resource supply and bioenergetics models can be incorporated within the existing forest planning harvest optimization used by industry through multi-optimization (bears and timber). This retrofitted optimization model should help in designing appropriate management scenarios that can be used in the event of competing interests in a multi-use landscape. He is also interested in constructing a spatially explicit IBM that focuses on the emergent properties of grizzly bear ecology by simulating the autonomous interactions between individual bears and their environment. This model should help forecast aspects of grizzly bear ecology under alternative land-use and/or management scenarios. 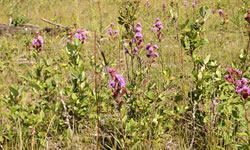