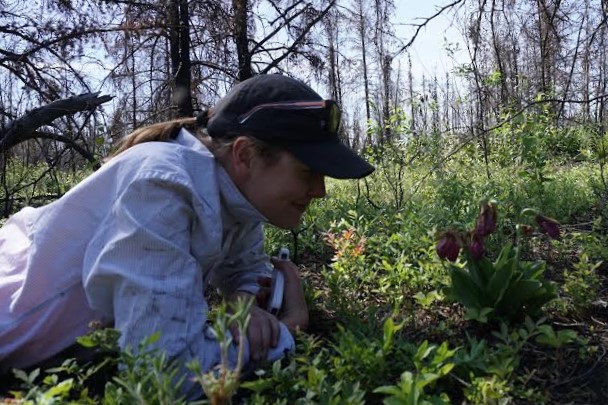 Jacqueline is studying rare vascular plants in boreal fen habitats. Specifically, her research is evaluating the effectiveness of translocation as a mitigation technique for populations of rare species impacted by oil and gas development in northern Alberta. Two species, Sarracenia purpurea and Carex oligosperma, have been transplanted and their survival, growth and reproduction will be assessed in relation to recipient site characteristics to evaluate effectiveness of translocations as a mitigation tool. Jacqueline is also evaluating detection rates among rare plant survey methods used for environmental assessments in the Lower Athabasca with the goal of assisting in the development of standardized protocols.