Aaron is researching the effects of forest fire on island biogeography. The role of natural disturbances, such as wildfire, on island biogeography is not fully understood. In the boreal forest, the probability of lightning strikes increases with island size, while the probability of embers from distant fires landing on an island decreases with isolation. Aaron is looking to investigate changes in Carabid beetle diversity between mainland and islands and determine if island size, distance from mainland, and fire history influence diversity. In addition, Aaron is hoping to compare the rates of flight capable vs. flightless species on the mainland and surrounding islands to better understand colonization strategies of Carabid beetles. Co-supervised by Dr. John Spence. 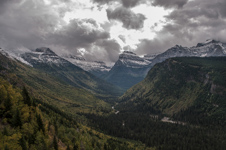